Did a politician just vault that--or was it McKayla Maroney? 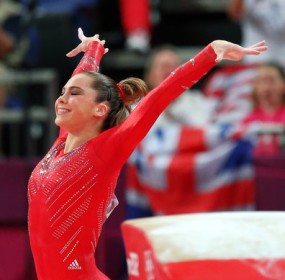 The world is unfortunately as full today of spectacular achievements as it is of politicians and bureaucrats who’d like to take the credit for them.

But this is patently absurd.

No, they didn’t code that.

Are bureaucrats responsible for the new Tesla, or Gibson guitar, or the latest iPad?

No, they didn’t build that.

Are they responsible for the amazing vault by McKayla Maroney that earned her a gold medal?

No, of course not, they didn’t vault that.

Bureaucrats and regulators get in the way of achievements. They, along with the politicians who have their support, make achieving anything much harder than it would otherwise be (you know, in a free nation).

There really is only one thing these useless leeches do.

Can you guess it?

Yes, that’s right, they tax that.

And they hope all along that nobody remembers or discovers an important truth—that they tax this and that and everything else without a shred of morality on their side and in exact opposition to the founding principles of America.

I don’t know about you, but I’ve come to one conclusion about all this.

It’s time we fixed that.