On one level, I think it means something different for each kid, according to what they value--what they want to have and do.

On another level, it can and I imagine almost always means something similar. For example, in spite of different values, kids want to have their feelings, all of their feelings, acknowledged. That, to them, is a successful outcome (and it should be for parents too).

On still another level, a successful kid is one who has gained important values, such as self-esteem, or skills, such as the ability to solve problems and arguments with others.

I had all of this in mind recently, having just finished reading two books by Adele Faber and Elaine Mazlish (called Siblings Without Rivalry and How to Talk So Kids Will Listen and Listen So Kids Will Talk).

Then I learned that I could easily make memes for some of the outcomes that they show parents helping to make possible. So, guess what? That's what I did. And here they are: 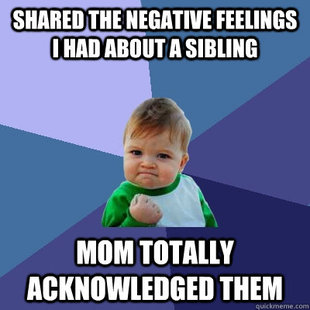 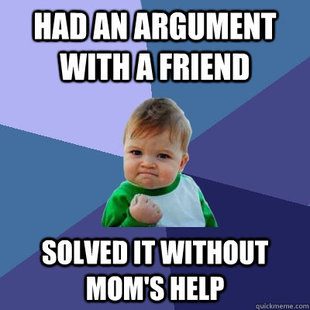 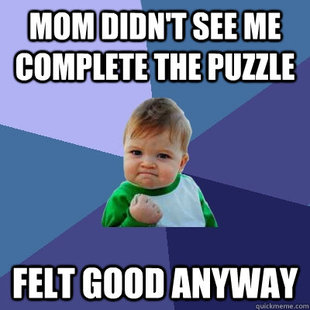 Now this, to my mind, is a successful kid!

He has his feelings acknowledged, he has learned problem-solving skills, and he knows how to take pride in his own achievements rather than look for approval from anyone else.

What do you think?

You can make other memes like the above here. It's super-simple. Or, if you're interested in a review of a book on parenting, specifically one of those mentioned above, you may want to read this review of How to Talk So Kids Will Listen and Listen So Kids Will Talk..

Your kid will thank you for it (although it may take him 20 years to do so).
Posted by Daniel at 7:49 AM